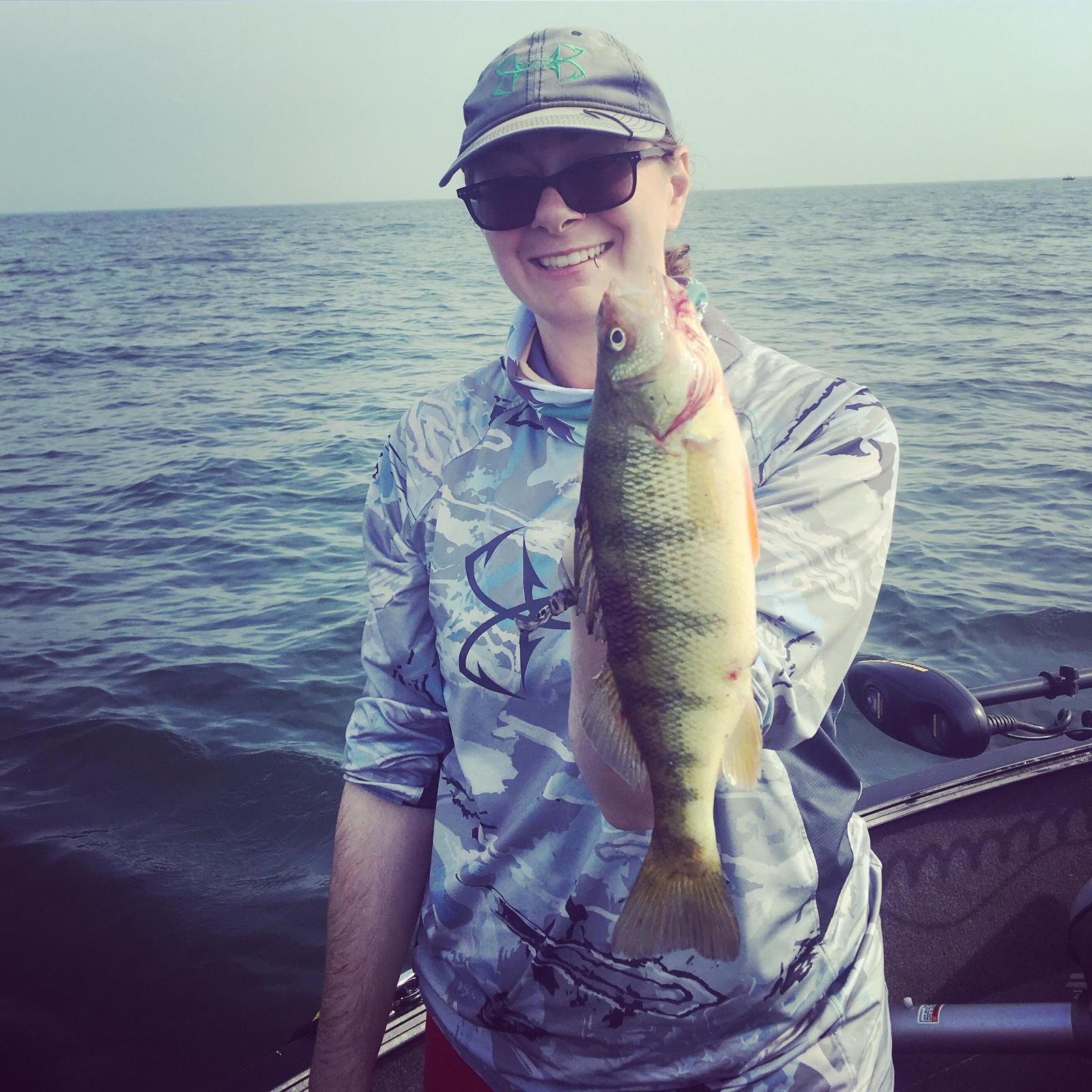 With the hot temps over the weekend and todayÂ  we have mainly seen catfish being caught. First thing in the morning andÂ  right around sunset have also been relatively productive for the small mouth bass bite. If your going to target a local pond or lake , same thing -early and late as the midday heat is driving many fish to deeper cover.Â  After today the rest of the week should cool down to mid 70sÂ  so that river bite should improve, or at least be more bearable to fish. 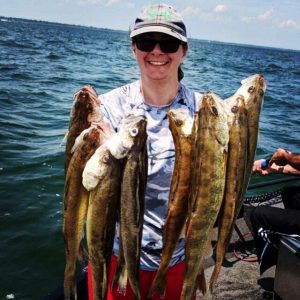 Fishing has remained great early and late and slower in the mid-day. Most are 14~18â€™ fish with some 19~ 21 and occasional bigger fish as well. Fish seem to be scattered almost everywhere and willing to bite on most anything you like to fish with. Bigger fish seem to be schooling together and once you find them, focus on that area and work them. Speed and depth seem to be way more important than colors, as we have heard every color combo under the sun lately

Trollers:Â 18~30 feet of water- A Can and Crane Reef area, and on out past the Island. Also good reports from out past B Can around the War Bouy. Most reports have bigger fish coming from deeper water and more fish in the shallower water. Niagara and Cone Reef, and Locust Â areas still producing fish. Bombers and Spoons, and Bandits seem to be the hot ticket

Drifters: Reports from A Can, Â Crane, Niagara, Cone, and Locust all pretty good. To the East, D can is still the hot spot from what we hear. Reports Early morning and late evening bites seem to be the best with the water clarity being so clean. Casting Harnesses with about any color combination are the weapon of choice at the time. Gold, Purples, Pinks and Chartreuse seem to be selling the most, but colors have not seemed to be very important, every group has a different color they did well with.

Not a lot of reports but what we are getting is still A can, B Can and Niagara. I would try any of the normal Perch spots.