For the last 5 days we have seen walleye caught out of the river. we have seen walleye come out of all access areas, Bluegrass / Buttonwood, Orleans Park, Ft Meigs , The Towpath and most caught at Jerome rd Rapids. Today use Â aÂ 20-30 inchÂ leader , and Â 1/2 oz to 3/4 oz Â weight .Â Pink head /green tail, orange head / green tail Â and green head with motor oil or blue metallic flake Â were the predominately successful color.Â Â The color orange sparkle tail with a white head also triggered some bites. Dont forget Â Berkly Power baits are always good to use as they add appealing scent, taste and feel to this Â popular grub style, creating a very effective lure. Works wonders on all fish, especially walleye, bass and panfish.

The water temp has warmed significantly in this last 5 days. The warm water flowing out of the Maumee and into lake Erie will trigger that first push of fish to come into the river. We look for bite to steadily improve over the Â next few days and to be very good by the weekend.

Pay attention to immersed shorelines that feature rock or riprap along with timber. YouÂ Â wants some current but not a swift whitewater rapid,and if the flow is impeded by rocks or a logjam, theÂ resulting eddy is especially appealing to the walleye.Â During an exhausting breeding season, walleyes wonâ€™t journey farther than they need to. They require only some baitfish to eat and a safe place to rehabilitate. Shorelines have both.The challenge with high-waterÂ on the MaumeeÂ is its impassability. The very rocks and lumber that walleyes favor are aÂ frustration to anglers. UseÂ short casts Â to maintain control, strikes Â usuallyÂ occur while the jig is on the back end of the drift .Â Set the hook hard and don’tÂ relinquish much play until the fish is clear of the snags. The Maumee river also eat jigs, especially snarled shoreline cover. So be prepared to lose a few jigs, not to mention fish. If the spot produces a few fishÂ stay on it awhile. Naturally occurring areas with holes and cover Â invite a continuous string of newcomer walleyes. Patience is a virtue in these circumstances.

Walleye have been caught from Huron to Cedar Point in 25 to 40 feet of water, and to a lesser extent west of South Bass and Catawba islands .Most fish were caught by trolling with crankbaits, but some have also been caught by vertically jigging. 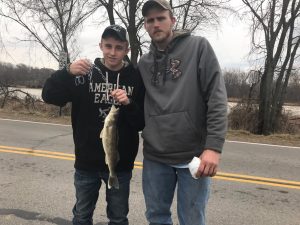 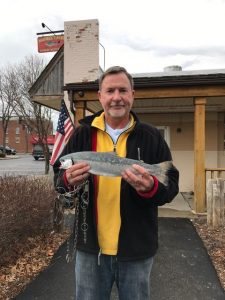 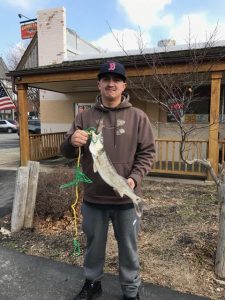 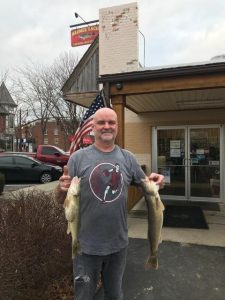 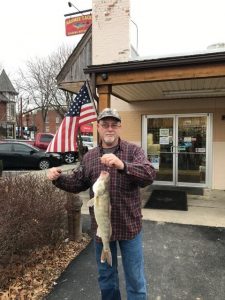