No real changes in conditions the last 4-5 days. Still seeing a few limits of walleye, great thing to see, and numerous singles and doubles. As the water warms the white bass are steadily moving in and its only going to get better if we get some rain to get the river “freshened up” so to speak. But right now the water clarity is good and we have seen all sorts of fish cought out there, walleye, white bass, rock bass, sauger, white perch, catfish , carp, and a few gar. So that’s pretty exciting when you can go out and get some suprise species on the hook.

HERE IS THE UPDATE FROM THE OHIO DNR REGARDING THE SUMMER OUTLOOK AND LIMIT CHANGES EFFECTIVE MAY 1ST – WALLEYE LIMIT WILL BE 6 PER ANGLER
“Lake Erie walleye and yellow perch fisheries are managed through an interagency quota system that involves Ontario, Michigan, Pennsylvania, New York and Ohio. Each jurisdiction regulates its catches to comply with quotas and minimize the risk of over-fishing these species. Quotas for the upcoming fishing season are determined through consensus agreement by these jurisdictions through the Lake Erie Committee of the Great Lakes Fishery Commission, which were just recently announced for 2017.

Ohio walleye anglers will catch fish mostly from the 2015, 2014 and 2013 hatches, with some fish from the 2012, 2011, 2010 and 2009 year classes. Additional fish from 2007 and 2003 will also be harvested by anglers. Walleye from the 2014 hatch will range from 16-19 inches, while walleye from the 2013 hatch will be between 17-22 inches. Fish from the 2003 and 2007 hatches are likely to carry most of the Central Basin fisheries, and a good number of these walleye will be over the 26-inch range. Large walleye from strong hatch in 2003 will continue to provide â€œFish Ohioâ€ opportunities (greater than 28 inches), with this year class nearing the size that may give Ohio a new state record walleye. Additionally, in 2017, anglers should see a number of smaller (less than 15 inches) fish from the excellent 2015 hatch. Anglers are reminded of the 15-inch minimum size limit and encouraged to release these fish with as little handling as possible so they can contribute to the fisheries in future years. As the 2017 season progresses, more of the 2-year-old fish will surpass the 15-inch minimum size limit.

Expect excellent perch fishing in 2017, with improving numbers of fish in the Western Basin. Perch anglers in the west will primarily catch perch from 2013, 2014 and 2015, providing a good range of sizes. The largest perch in the Western Basin will come from 2012 and older year classes. Central Basin anglers should expect to find average numbers of yellow perch, with most fish coming from the 2012 year class and to a lesser extent, the 2014 year class. Older fish from years prior to 2012 will provide the potential for trophy yellow perch.”

Have Fun Be safe and Good Luck Fishing 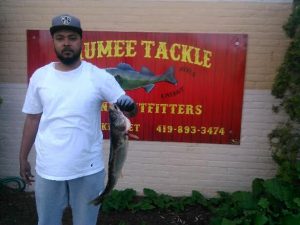 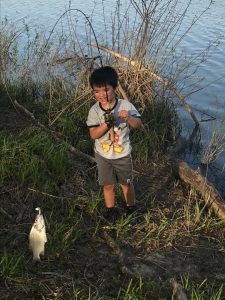