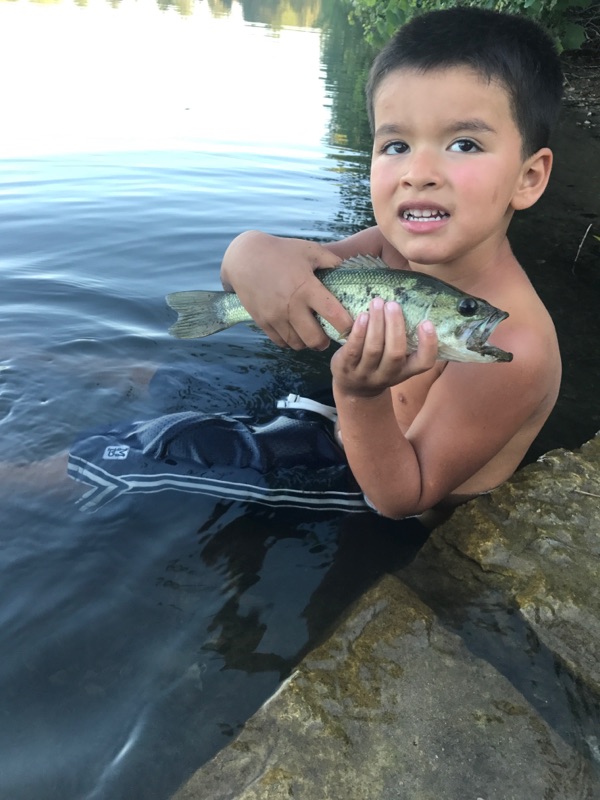 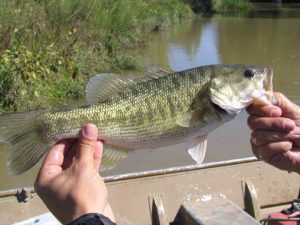 When summerâ€™s high temperatures settle in, bass can get a bit sluggish in lakes. But, rivers are a different matter. In fact, for anglers looking for some mid-summer bass action, rivers have a lot going for them. Moving water carries more oxygen than still waters, and moving water is often a bit cooler. Both of those factors combine to make bass in rivers more active â€” and for longer periods during the day â€” than in lakes. In addition to that, bass in rivers are generally homebodies. They donâ€™t make lengthy migrations, nor do they seek deeper water. Most river bass inhabit depths of less than 15 feet, so anglers are working on relatively shallow fish. Lastly, river bass are creatures of the current, and the current largely determines where they are. That makes them easier to find than bass in a larger reservoir. Here are some river terrains to check out.

OUTSIDE BENDS WITH COVER
On any river, the current flowing along the outside bends is normally the strongest. It eats away at the bank, normally creating an abrupt drop, and often eroding trees or large rocks into the river. Also, current breaks are formed around bank side tree roots. This creates one of the best possible situations for river bass.

CREEK INTERSECTIONS
Another situation that should not be passed by without some serious casting is anywhere a side creek intersects the main river, no matter how small or seemingly insignificant the flow may be. Venture up a small side creek, a lot of bass do when water levels are up. If the water falls, they begin dropping back towards the main river.
MID-RIVER BARS
While shoreline cover holds a lot of river bass, not all the fish are using it. Mid-river bars are an excellent, and overlooked, bass holding cover. These humps and high spots attract fish. When these bass are not actively feeding, they often are on the down-current side of the bar where the water drops off deeper.

Lots of undersized walleye being caught on the lake

Surface Temp 77
Winds:SW 0~10 knots
Waves 0 to 1 foot.
Water Clarity: Good, clearing back up quick and out at the A~C Can line is Very Good

We have Fathead minnows and frozen Emerald Shiners in the store.

Trolling
Turnaround Buoy and Northwest Reef, and Border F&G Cans have produced some good fish and north of West Sister. The shorts are everywhere from what reports we are getting, just have to fish through them. Crawlers harnesses, Jets and spoons, Taildancers, and Rattle Tots are still hot baits.

Drifting
Reports coming from the border, north of the island, and during low light they are still working off Crane Creek, the Intake, around K and L Cans, Locust, Flat Rock, Cone and Crib low light hours. Crawler harnesses and bottom bouncers or casting weight forwards( Erie Dearies) still seem to be the ticket, Lots of shorts but still some good fishing.

Perch:
Good catches reported from B Can, North of C can, and sounds like A can may be starting back up. East of the Intake, and if you head East, over around D and G Cans has been good.