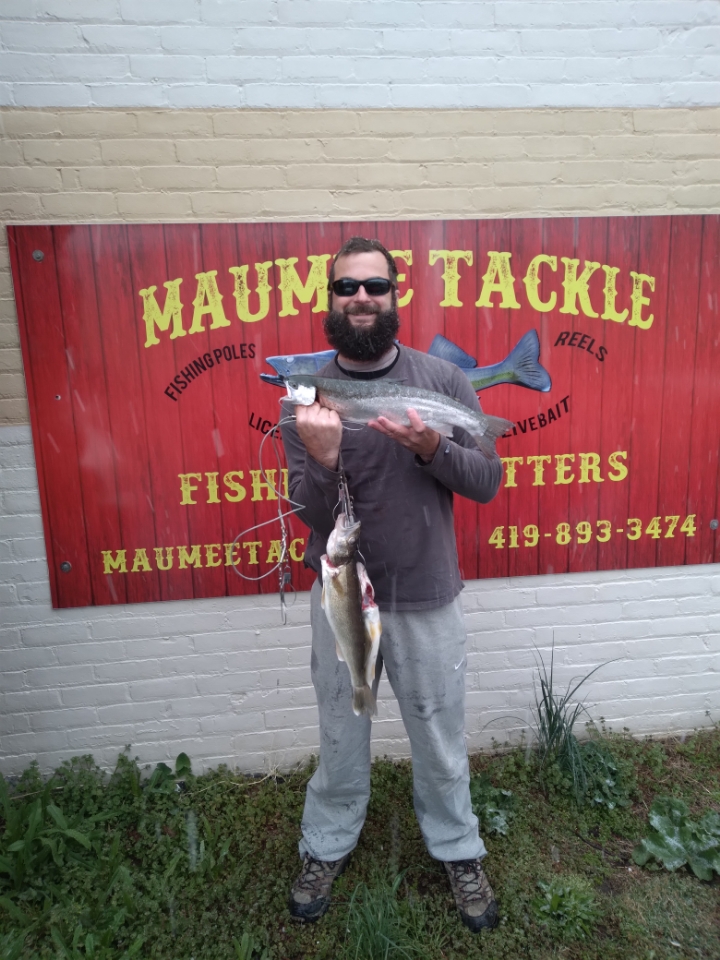 Look at that Steelhead!

Wading to Bluegrass Island is permitted

Like much of the region we got snow and freezing temps last night here . There are still a lot of walleye in the Maumee , should be plenty in there for out tournament/ customer appreciation day this coming saturday. Not many anglers have been out the last few days.  Those that did head out were all coming back with doubles and tripples, saw more than a few limits as well. Still some time left in this run. With the perpetually low water this season the faster water holes have been the most productive.-Bluegrass island and button wood campground to be specific.

We will start looking for those white bass in numbers in the next couple weeks-usually that first week of May we see a big wave just show up over night.

A few years back  I put a bounty on the White bass state record. The current record for the state of Ohio White Bass is 4 lbs 21 inches caught July 1 ,1983 by Ira Sizemore in Cincinnati,OH.  I was in contact with Mr. Sizemores son and he had some great stories about his dad, who was an avid fisherman,   catching that record bass . Now 4 lbs is a BIG White Bass! But I know that in the spring when a zillion White Bass come up the Maumee to spawn, big, fat and full of eggs, that there has to be one over that 4 lb mark. I have seen some big bass caught in April and May , definitely around the 3lb plus mark,  but no one ever puts them on a scale,even last year many anglers forgot to come up to the shop and weigh their fish. We saw a few just over the 3lb mark and a picture of a massive one  that was eaten before they remembered the bounty. Oh well- the hunt continues. 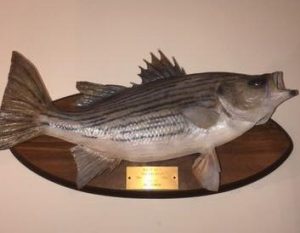 Keep bringing in those big White Bass to be weighed and measured. When that lucky angler beats the state record we will weigh, certify, serve as witness and help the angler fill out the application.  We will call the news as well to make you famous.  When the record is officially beaten the new record holder will receive a $500 gift certificate to Maumee Tackle. There are numerous rules to certifying a state record-one of them being that the fish will have to be turned over to state certification officials for inspection – first and foremost to verify the species and to prevent cheaters from turning in a tank raised fish or one full of sinkers etc. Ohio Record fish are determined on the basis of weight only.

In order to qualify for the prizes the whole process starting from the weigh in of a  fish  to the photo ops of the record,  must be done here at the shop in Maumee.