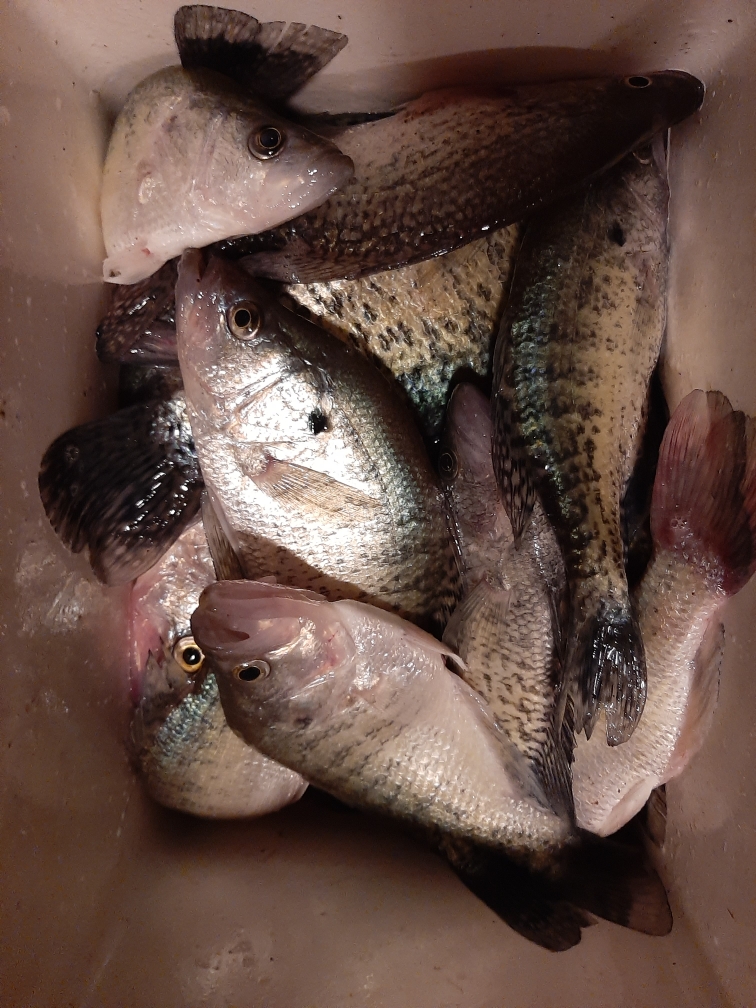 I can not stress enough how important the barometric pressure is important to -fishing-especially before a storm..I think its going to be gooooood fishing today.

Crappie, white bass…you name it . Its going to be good fishing.

Yesterday with the overcast day and popup storms around the area almost all anglers stayed home. Â Those that did head out caught a few species including a decent amount of white bass and white perch. James and Jeff from here at the bait shop went out fly fishing Bluegrass area and got some white bass. Another friend of mine went out along the towpath and got a few buckets of white bass just bouncing night crawlers off the bottom. We had a report of some good crappie being caught up near Grand Rapids. With theses storms and weather fronts swirling around the area the barometric pressure plays a big factor in triggering the bite. While that impending storm front might cause an angler without rain gear some discomfort, it can also trigger a hot bite. What many anglers know , but don’t actually understand, is that it’s the changes in barometric pressure associated with good and bad weather that turn the fish on and off .

The Good Times: As a storm system approaches, a low-pressure warm front rides up over the top of a high-pressure cold front, causing condensation to take place in the form of clouds. During the time the skies are clouding up, and right on through to the end of the storm, there is a slow and steady drop in barometric pressure that increases as the main body of the storm system approaches.Once the main body of the storm hits and moves through the area, rain, winds and sometimes thunder and lightning form along the frontal line. The pressure continues to drop until it bottoms out as the storm runs its course. The fishing should be good this entire time, although lightning and heavy rains on the water’s surface might spook fish.

The Bad Times: As the inclement weather moves out, the cold frontâ€“a mass of heavier, denser, high-pressure airâ€“begins to rush in behind the low-pressure system. The result is usually windy weather with clearing skies, dropping temperatures and a very sharp rise in barometric pressure. Large storms will bring in stronger, more powerful and sustained winds, along with a much steeper, higher rise in barometric pressure than smaller storm systems will. It’s this clear, windy weather following rainy low-pressure systems that anglers dread, because it usually brings the fishing action to a standstill.