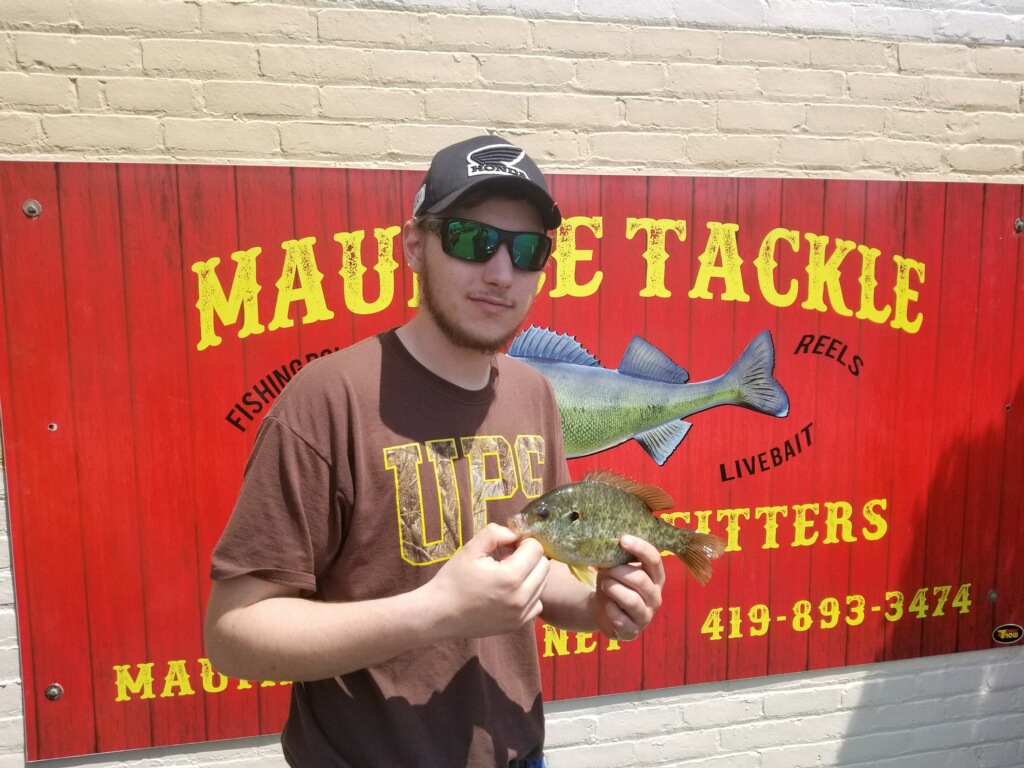 Wading to Blue grass is permitted

Quite a few species of fish are moving and active in the river right now.  White Bass, Freshwater Drum, Small mouth bass, and catfish are all hitting well. The Bluegill are strting to move in to the spawning beds and getting aggressive , so that bite ought to be very good for awhile. 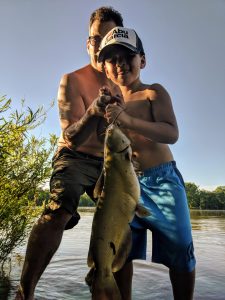 Bluegills/ Sunfish are the most widely distributed Panfish thriving in waters large and small.

As with black bass and crappies, northern fish often begin to spawn at lower water temperatures than fish in more temperate areas. It’s as though they want to get the deed done as soon as possible, knowing the summer growing season is short for offspring and parents alike. Moreover, large bluegills tend to spawn first, occupying the best areas.

Nest building and defense of eggs and fry improve survival of hatchlings but make adults more vulnerable to attack by predators as well as harvest. The spawn can be broken down into 5 stages: 1) Male establishes a territory; 2) he constructs nest; 3) male courts one or more females with lateral displays and fin movements, chasing, and nipping; 4) egg laying and fertilization; 5) male defends developing eggs, larvae, and fry from predators and fans the nest to oxygenate it and prevent silt buildup.

A combination of increasing day length, warming water, and an internal biological clock seems to cue male sunfish to move shallow and start building nests. Because this species nests in colonies, there may also be some involvement of pheromones from males and females that draws more fish to the colony, where over 100 adults may be in various phases of the spawn.

Because eggs typically hatch more successfully in protected areas, sunfish select quiet bays, protected flats, and the backs of feeder creeks for nesting sites. Typical nest depth is just a couple of feet, though in extremely clear water, fish may bed from 10 to 15 feet deep, possibly even deeper. Bluegills form nesting colonies on flat, sandy areas, but if some cover is available, such as lily pads or sparse brush, they tend to use it. The best catches often come at the onset of the Spawn Period, before fishing pressure mounts and when the first wave of big fish arrives.

Once you find spawning fish, it’s generally best to stop and move quietly, the fish can be skittish and spooked by the sound of a motor or shadows coming too close. They may dart away when you arrive but resume their activities within a few minutes. Male bluegills rarely feed during the spawn but strike small jigs or livebaits presented near or on the nest. When not actively spawning, females hold in nearby brush or vegetation and are generally eager to feed. Underhand pitching works well with a 10- to 12-foot pole and 8-pound line, a small slipfloat, and either a baited hook or small jig. 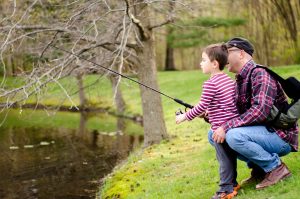 A great way to dust off your fly rod and get some easy action packed fishing in is to fly fish for bluegill as well, its a great way for beginners to practice their fly technique and hook into some fish at the same time.