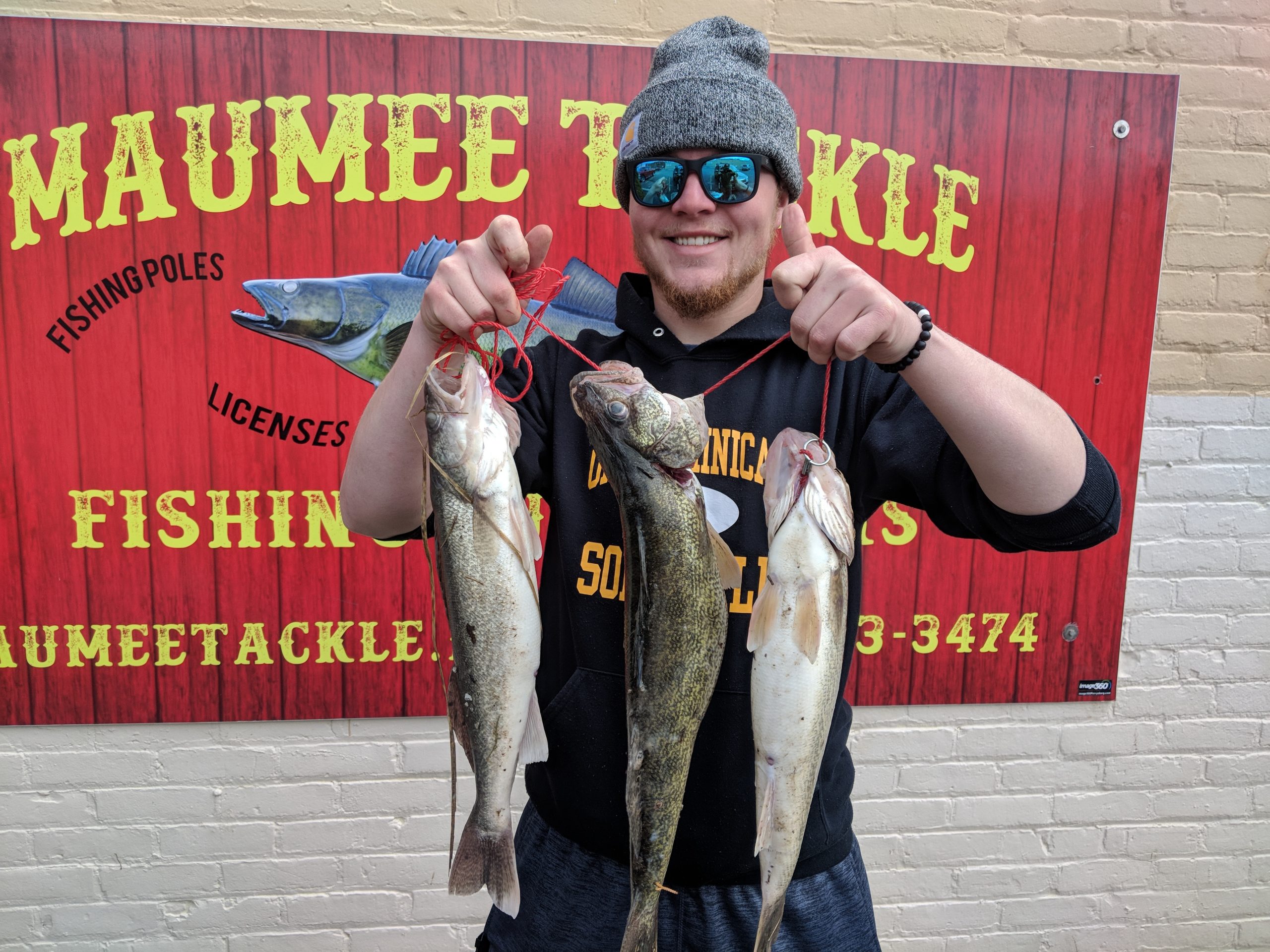 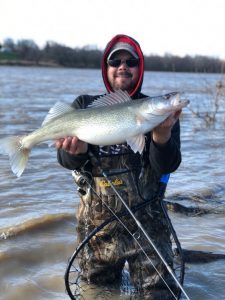 Whooee it was windy yesterday but that didnt stop the walleye from biting.Â  We didn’t see a whole lot of limits but we did see a bunch of doubles and triples. Orleans was steadyÂ , but not on fire. should be about the same today. White street and along the tow path as well.Â  Spread out.Â 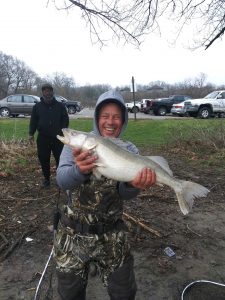 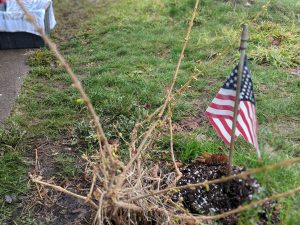 The forsythia bushes are just starting to bud. Several years ago , back in 2012 , I read an article by Matt Markey of the Toledo Blade about the relationship between the walleye running and the Forsythia bushes that are planted all around the area. I have heard that the Native Americans also used the the bloom of the plant as a gauge as to when to harvest the fish, Over the years I have kept an eye on the bloom and the peak of the run- and they do seem to be in sync.Â  Science is great but sometimes the old ways are the best ways. So last year I planted a coupleÂ Forsythia in front of the shop–our very own walleye gauge.Â  Looks like we still have some good time left in the run.Â 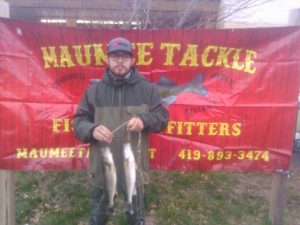 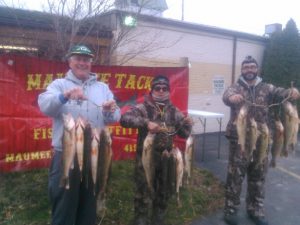