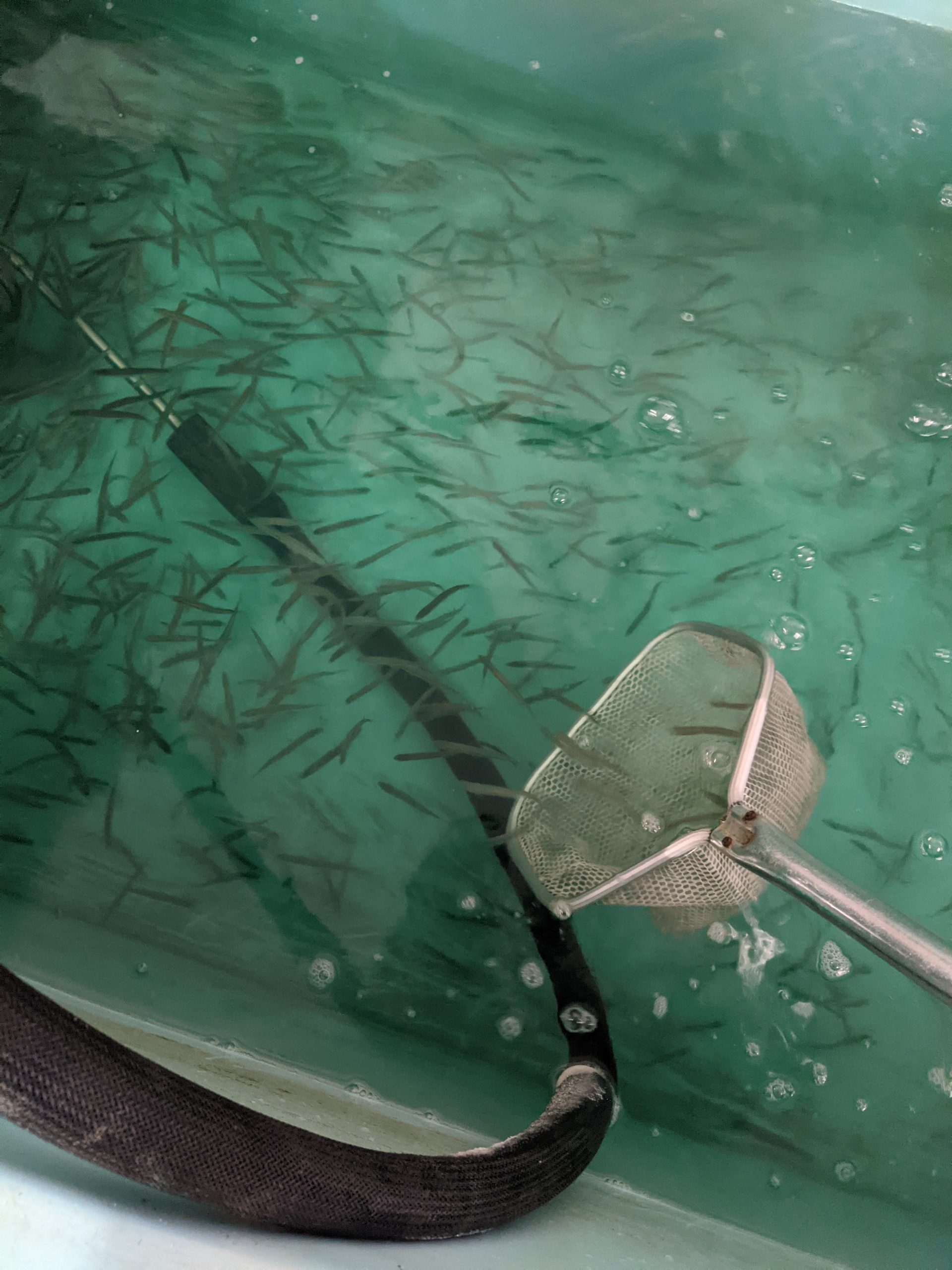 Baitfish are vulnerable in the winter months. During the summer and fall, large weed beds fill the Maumee and Lake Erie. These weed beds provide cover for numerous small fish. As fall approaches, the weeds die off, and are mostly gone by winter, exposing minnows to the predatory fish that lurk beneath. Some of these minnows live above the bottom of the river; others live in the rocks and gravelly areas.

STEELHEAD-WALLEYE AND PIKE-One of the things that steelhead really like to eat in the rocky areas of the MaumeeÂ  during the cold months is bottom dwelling baitfish such as shiners and darters. During the winter, slowly drifting minnowsÂ  yields steelhead, and occasionally walleye and northern pike.

CRAPPIE– Crappies at this time are often found roaming deep basins searching for food.Â Â Basin areas in some of the shallow lakes are often in the 18- to 25- foot depth ranges, some of the deepest water available. Winter crappies often roam a particular basin, yet staying in the same general area.Â Â Â For that reason, anglers can often return to productive areas they found in previous winters or on previous trips.

BLUEGILL/PANFISH- Weâ€™ve learned that bluegills feed on very small creatures during mid-winter months and are unwilling to exert very much energy in pursuit of them. In the coldest winter months, bluegills have become accustomed to inhaling their prey with ease. Getting them to bite a jig at all can be an enormous frustration. For these reasons, we strongly recommend using a tiny, #16(3mm) or #14(4mm) tungsten jig. Because these companies use tungsten steel to make their jigs, they drop at the same speed a much larger lead jig would fall allowing you to quickly get them down toÂ  bluegills despite the jigs tiny size. Also tip them with two spikes or a wax worm for good results.

Wilderness survival, if you break down or get yourself temporarily misplaced, is always a challenge, and the most important piece of survival equipment you can have along is the determination not to give up. But- having the right gear along always raises the odds. The Henry Survival Pack is organized around our 3.5-pound black Survival pack AR-7, a very lightweight semi-auto .22LR rifle that breaks down for carry in its 16.5-inch own compact and water-resistant lightweight ABS plastic, and features the ability to stow three magazines onboard for small game foraging. 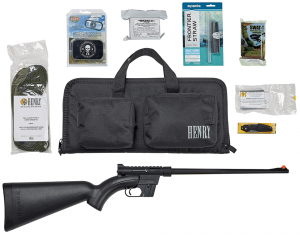 As always, good luck out there and remember to include a youngster in your next outdoors adventure!