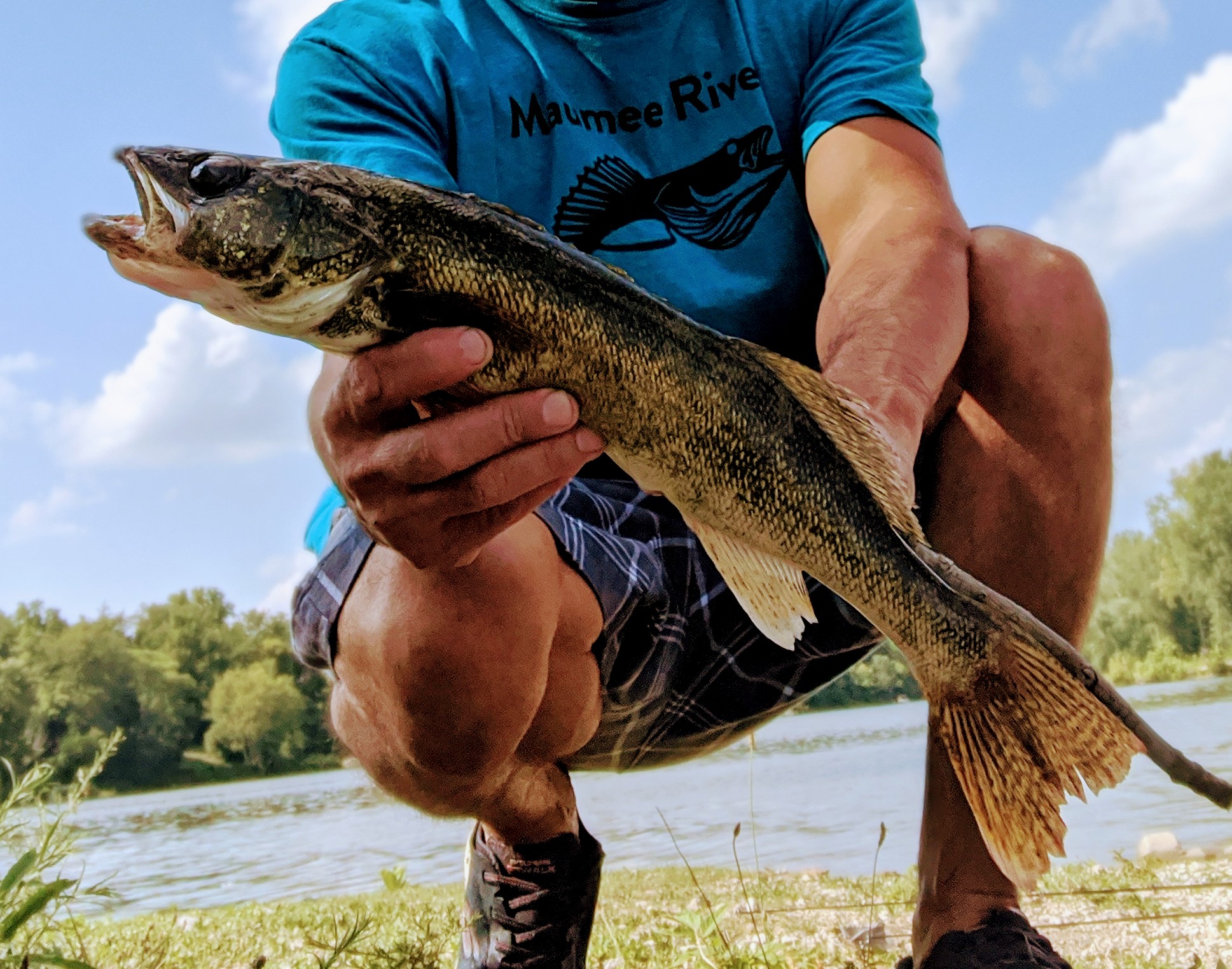 “ANGLER X” pulled a walleye out at orleans park yesterday–they are in there just gotta hunt a little bit.Â

Most walleye anglers leave rivers in summer because they think walleyes have, too. But as water temperatures rise, so does the activity of river walleyes. At night, many can be found chasing schools of baitfish in shallow shoreline areas easily fished from the bank or a boat.Â One of the most common ways to catch a walleye in a river is to jig — by pitching jigs up ou and alongÂ  the river bank, and working them back to the shore.Â  Â A sizable segment of the American walleye population is forever riverine, dwelling in running waters ranging from mere creeks up to and including those waterways such as the Maumee river- often referred to as “residents”.Â  The key is to target the edges of deep holes and flats, but hotspots shift as river levels fluctuate. When the water comes up, the fish come up. Another key on theseÂ  rivers is understanding what qualifies as a deep hole. Most rivers will have an unofficial median depth, and that might be only 4 feet, In that case, an 8- or 10-foot trough would be considered deep water. That might not seem like much, but it will hold fish. The big fish always hold near deeper water. Run crankbaits out so that you get them occasionally bumping off the bottom. Smaller crankbaits, like a No. 5 Rapala Shad Rap, are very effective.Â